Maintaining a working value chain is dependent on an entrepreneur’s ability to successfully manage the business’ operations, tap into the right market, create visibility and reduce risk. I could have left out a few fundamentals but when you meet Faraz Ramji, the Managing Director of Norda Industries, each of these fundamentals stand out in his 11-year-old company. Famous for its urban brands snacks that include Urban bites, Urban Stix, Urban Treats, Tinga Tasties, Bitez and Tamu Tamu, Norda Industries has penetrated Kenya’s mass market due to its affordable pricing. If you live in Kenya, you may have noticed these brands in the supermarket or the kiosk near you. Faraz last week spoke to our Kenyan entrepreneurs highlighting a bit of history of his business and how he has become so successful over the years.

When you first interact with Faraz, you can’t help but acknowledge his polite and humble demeanor. He was kind enough to share with our office team and the entrepreneurs one of his most famous brands, Urban Bites. Being in his early 30s, Faraz has indeed climbed up the ladder to becoming one of Kenya’s successful young entrepreneurs. Having studied development and politics in the university, Faraz didn’t consider entrepreneurship his forte, all he knew was that he wanted to make a difference. It was until his grandfather shared with him an idea of venturing into entrepreneurship –  an idea that was inspired after a trip they took together to South Africa.  His grandfather, who is an entrepreneur himself and Faraz’s mentor has vast experience in dealing with the fast moving consumer goods market after his many years experience running a business in Rwanda. 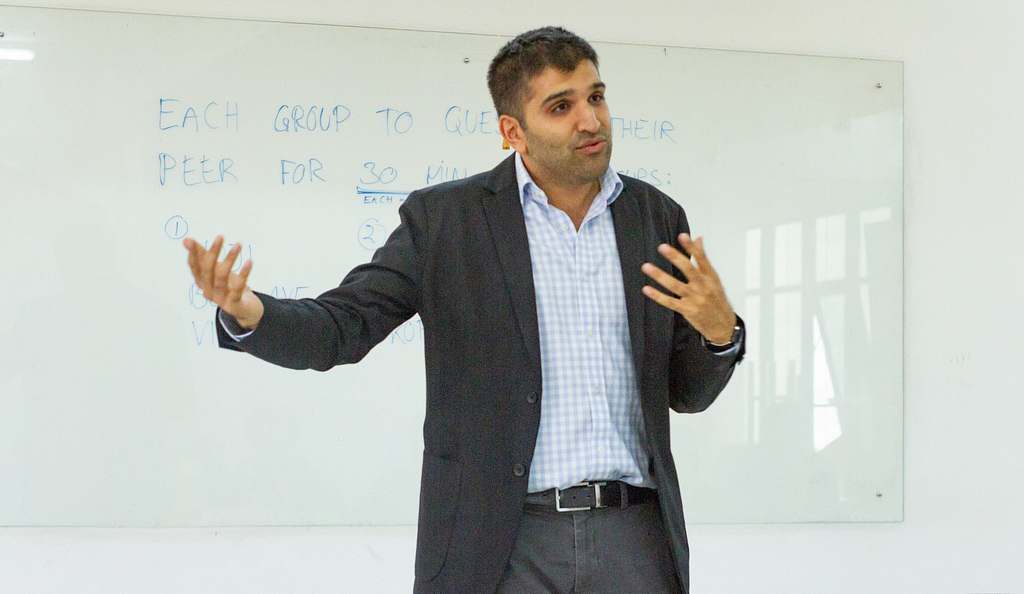 Now with the business running, Faraz and his grandfather sought to understan, d the Kenya consumer market first. They discovered that they needed to find good quality potatoes to produce fresh and sweet-tasting crisps. After a few failed attempts, Faraz managed to get in touch with smallholder farmers in Bomet, Rift Valley who he found through Google. He was thrilled by the quality of their produce and closed a good deal with them. Something else he discovered is that his consumer market was quite sensitive to taste. He tried out different flavours unsuccessfully before settling on the current flavours which have received great reception. Since they focused a lot on the mass market, they relied on distributors to move around their products in different parts of the country, a decision that later proved to be quite expensive in the long run.

Faraz was also keen on his product’s packaging, more specifically the urban bites which was competing with the likes of Tropical Heat and Krackles. He knew that he needed a combination of international standard but distinctly local packaging. He managed to secure a designer who incorporated the two perfectly. The images on the packaging display an image of the Nairobi skyline while the matte material achieved the international standard. Faraz also touched on one of his brands, Tamu Tamu which sells at a price of KES 10 in kiosks as well in supermarkets. He shared with us how they once increased the price to KES 12 and to their surprise the sales dropped by 40%. Here he realized how sensitive pricing is especially to his target consumer and as a result, they adjusted the prices back to the original KES 10.

In his conclusion, Faraz insisted to the entrepreneurs that one should be willing to change the business model when need arises and be willing to make any necessary adjustments in management of operations. “Don’t be desperate for business,” he stated.