For a woman whose heartbeat is wildlife conservation, it’s no surprise that when I called Dr. Gladys Kalema-Zikusoka for this interview, she was right at the edge of  Bwindi Impenetrable forest. Dr. Gladys Kalema-Zikusoka, a mother to two boys, is the Founder of Gorilla Conservation Coffee. She is a celebrated woman in Uganda having won the Golden Jubilee Award from the President of Uganda for distinguished service to the nation as a veterinarian and conservationist on International Women’s Day, March 2017. Not only has she achieved this honourable award, she was also the first veterinary doctor in Uganda Wildlife Authority. We spoke to her about her experience as a female entrepreneur in Africa. 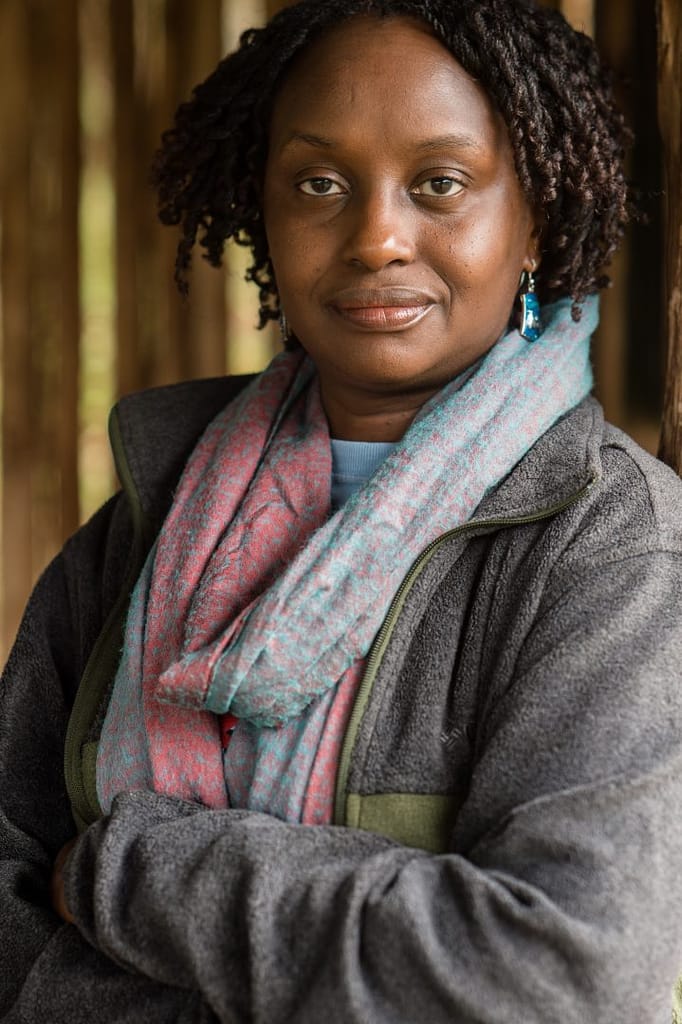 What is Gorilla Conservation Coffee?
To provide a bit of background, Gorilla Conservation Coffee is a social enterprise that improves the lives of farmers living around national parks with gorillas in Uganda by training them on how to grow and process good quality coffee, while paying them premium prices to improve their livelihoods. This stops the farmers from poaching and collecting firewood from the forest to make ends meet. Having gone through our Acceleration Programme, the second in Uganda, Dr.Gladys Kalema speaks more about her business here.

My journey as an entrepreneur
For a long time now, Dr. Gladys Kalema-Zikusoka has persistently had this undeniable drive to change the world and make it a better place. It’s interesting how she got into entrepreneurship because the entire period she was deeply involved in conservation activities, she didn’t realise that she was an entrepreneur. It was not until Ashoka recognised her work and nominated her as a social entrepreneur, that she fully embraced the title of entrepreneur. Dr. Gladys Kalema doesn’t shy away from providing solutions and one such situation is when she revived the wildlife club at Kibuli Secondary School where she studied. In addition, to ensure that gorillas in Uganda received better health care, she set up a veterinary department at the Uganda Wildlife Authority. Before her most recent venture, Gorilla Conservation Coffee, she spearheaded the establishment of Conservation Through Public Health (CTPH). CTPH was founded to reduce disease spread between the local community living in the gorillas’ habitat in Uganda and the gorillas. The idea to set up an NGO was steered by a question asked to her by her lecturers at the North Carolina State University where she was taking her Masters in Veterinary medicine and doing her a zoological medicine residency. They asked her what she planned on doing once she went back to Uganda. She told them that she wanted to do something different to change lives. To achieve her dreams of causing change, she attended classes that taught skills required in setting up an NGO, fundraising and sustainable financing through projects.

My business mentor
Anyone who runs a business understands the importance of a role model or mentor. Their purpose is to constantly remind you why you started that business in the first place. For Dr. Gladys, her greatest influence in business is the late Anita Lucia Perella, Founder of Body Shop – a cosmetics company producing and retailing natural beauty products. Body Shop was one of the first companies to prohibit the use of ingredients tested on animals and one of the first to promote fair trade with developing countries. Dr. Gladys Kalema admits that she was drawn to this company due to their strong belief in preserving animals and supporting women in developing countries while at the same time, making money. She didn’t get a chance to meet the late Founder of Body Shop but she committed herself to cause social impact with her venture. “Body Shop is one of the few companies I know that have maintained their niche of doing business and supporting a cause simultaneously,” Dr. Gladys stated.

As a female entrepreneur you should…
Being a woman doesn’t hinder Dr. Gladys from achieving what she sets her mind to do. She went above the norm when she became the first veterinary doctor in Uganda Wildlife Authority where veterinary medicine is traditionally a male dominated profession. She believes that women should be courageous in breaking gender barriers and that when women are involved in business, the business will move. Women possess outstanding attributes such as compassion, empathy and long- term commitment that sets them apart from their male counterparts. They can see the bigger picture when making decisions since they think of the long-term effect of today’s decisions.

How do you balance between work and life?
Here, Dr. Gladys remembers her mother who never compromised on her attention to her children at any one time. One of the most memorable moments was when her mother was a Minister in the Ugandan government and every time she came back home from school, her mother spared time from her schedule to pick her up at the airport. It isn’t very different for Dr. Gladys either since she travels everywhere with her children including attending community meetings with them. She also takes them with her to the forest and national parks which many deem as dangerous but not for Dr.Gladys. She is happy to see her children interact with the various animals and today they are more appreciative of wildlife. A few years back, she realised that people around the world appreciate mothers who travel with their children. Dr. Gladys recalls when her youngest son was 3 months old, she was invited to attend a Gorilla Conservation meeting in Frankfurt. She tried to explain to the organisers that she had a three-month-old baby hence she wouldn’t be available but to her surprise they encouraged her to bring the baby along. Her sons 13 and 8, have also gained skills in making lattes and cappuccino at their new Gorilla Conservation Coffee shop in Entebbe which is meant to give people a feel of the coffee produced by Gorilla Conservation Coffee. Today her two sons can give tours to tourists who visit the national parks they “grew up” in

Any new projects?
Conservation Through Public Health recently completed a project with Global Development Network who supported their business model. Their model involves teaching community health volunteers about conservation, loan associations and income-generating projects. The project led CTPH to scale its activities  to Mount Elgon National park and Virunga National park in Democratic Republic of Congo. What came out of this project was impactful because even after its completion, the people on the ground continued with the work that Dr. Gladys and her team had began. Today, they have more resources to sustain the work in Mount Elgon and Virunga National parks through donor funding they received during the project as well as income generated from running the Gorilla Conservation Camp in Bwindi.

My advice to entrepreneurs
When she attended the Lionesses of Africa Conference, Dr. Gladys recalls one of the panellists prompted them to never let other people decide the value of their product. The entrepreneur should determine the value of their own product. This is a principle she has stood by to this day. “Do something that you are passionate about since your passion will get you through tough days,” she mentioned. “Business should be more than making money, it should change the world,” she added. Dr. Gladys Kalema-Zikusoka will be a speaker at WINGS WorldQuest Explorer Talk on 14th March. Register here to attend

Press release: GrowthAfrica responds to the COVID-19 pandemic. A message to all our stakeholders.

Meet the newest innovative and audacious talent in our team