According to a report by the National Malaria Control Program in Uganda, malaria is a major public health problem associated with slow socio economic development and poverty and the most frequently reported disease at both public and private health facilities in Uganda.

Clinically diagnosed malaria is the leading cause of morbidity and mortality, accounting for 30% -50% of all hospital admissions and up to 20% of all hospital deaths. Uganda has the sixth highest number of annual deaths from malaria in Africa, as well as some of the highest reported malaria transmission rates in the world, with approximately 16 million cases reported in 2013 and over 10,500 deaths annually.

Joan Nalubega’s childhood was anything but easy. Growing up in Uganda, most children under the age of 5 contracted malaria frequently and more than two thirds of these children unfortunately succumbed to the disease.

For Joan, malaria was something she had to constantly struggle with as a child. This led her to miss out on school and when she was able to attend school, she had to endure bullying from her classmates who discriminated her from their activities because of her ailing health.

A few years later, Joan knew she had to do something to help affected and vulnerable communities in Uganda prevent the spread malaria especially among children.

When going through the process of coming up with a solution, Joan realised that people in low income communities could easily access mosquito nets which only protected against mosquitoes when they went to sleep. They could not afford other preventive measures such as mosquito repellents. She wanted a sustainable solution that would meet the immediate needs of the community and significantly reduce the spread of malaria.

“I did a lot of design thinking. I went into the communities and had discussions with various hospitals and families about malaria and It broke my heart to find out that some people did not know how malaria was contracted. I once asked a mother how she thought her child contracted malaria and she said it is because her child drank unboiled water,” Joan said. 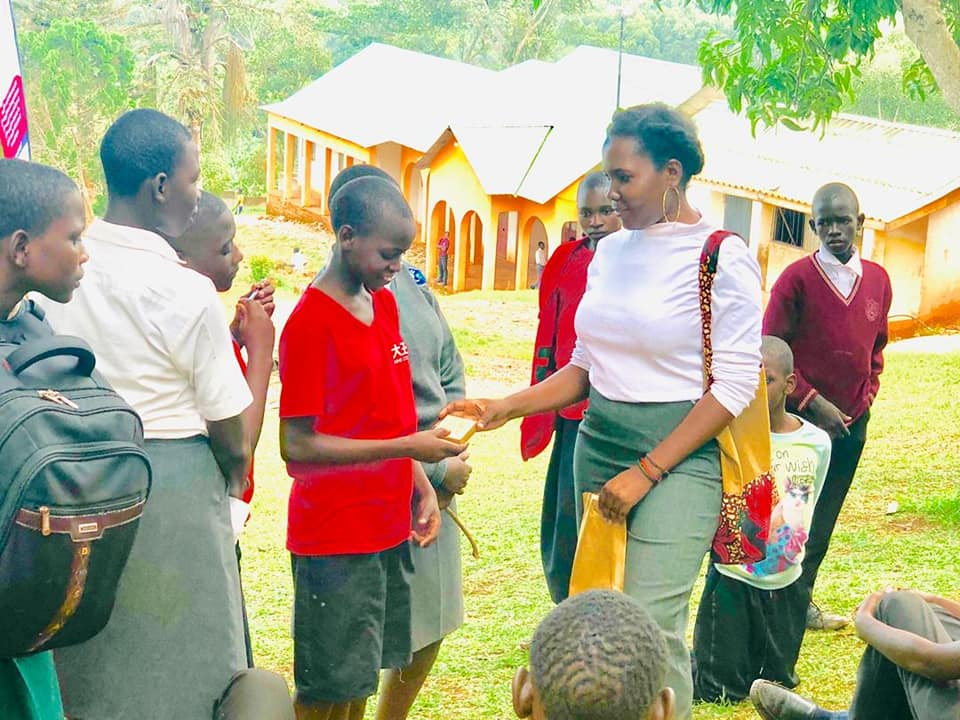 At that point she knew there was a lot more awareness that needed to be done in the communities since there was no way they could fight a disease if they did not know how it spread or ways to prevent it. She initiated a number of awareness campaigns among communities where the discussions were around how malaria is transmitted and how the community members can prevent malaria within their families.

In the process, Joan was also learning more about mosquitto repellants and how they fit into the market. After interacting with more families, trying to understand their day to day activities and what products they use, soap was the unifying product that was used in each household.

That was the birth of Uganics, an organisation providing purely organic, mild scented mosquito repellent products.

In order to provide the soap at a subsidised price to the more vulnerable communities, Uganics uses a social business model where they sell the soap at a higher profit margin to a targeted commercial market such as hotels and resorts so as to make the soap more affordable to low income communities.

In 2019, they got certification in Europe and this has enabled them to export the soap outside Uganda to commercial markets in Europe. Uganics has also started exploring the rest of the urban market such as pharmacies and supermarkets where the soap has gotten a lot of demand, but their major commercial clients are still hotels and resorts.

In the local communities, Uganics soap is targeted to parents with children below the age of 5. Due to the lasting protection the soap gives, children have a defense against malaria whether they are asleep or during the day.

Being an organic product, the soap provides multipurpose benefits such as natural skincare, hygiene, and malaria prevention. Customers have the freedom to choose among 4 different soap options depending on their skin type. 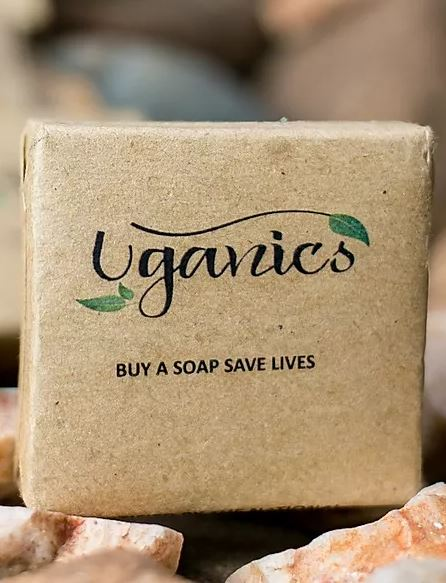 Marketing Uganics to the commercial and low-income market

Different hospitals and health workers have been crucial in spreading awareness about the Uganics mosquito repellant soaps among communities. The regular awareness campaigns on malaria have also helped establish the Uganics brand in the local market.

For the commercial market, the soaps have been featured in major platforms such as travel magazines some of which are provided in planes, national and international articles, blogs, and features on international media such as Aljazeera.

Uganics has partnered with 4 major travel companies locally which provide the soap to their visitors as souvenirs. The revenue goes a long way in subsidising the price of the soap for the local communities. 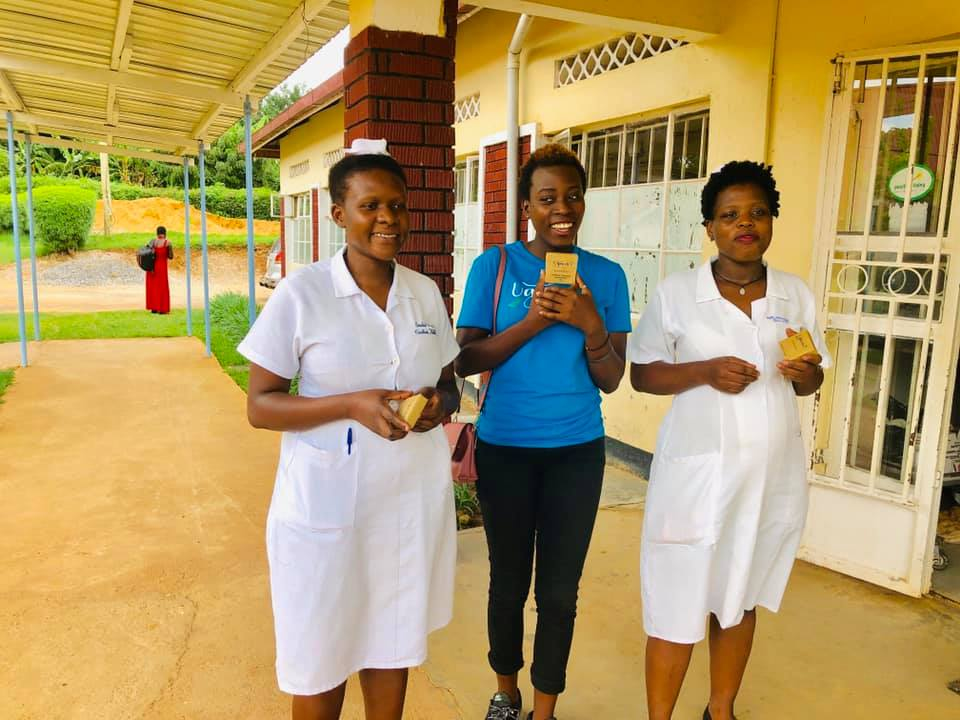 Some of the medical personnel in Uganda with the Uganics soap

Impact on the community and women

The greatest impact for Uganics has been significantly reducing the spread of malaria among the communities they have been in since 2016,

“Last year, we did a survey in the communities we work with among 250 families with an average of 3 people per family. Among those families, the results of the survey showed that we had reduced the malaria cases by 30%,” Joan said

The impact from the awareness campaigns in local communities has also been a major achievement for Uganics. So far, up to 1.5 million people have been reached. They now have a clearer understanding of malaria, how it is spread and possible ways they can protect themselves even if it’s not by using Uganics products.

Through Uganics, Joan has provided employment to 30 people, and out of this 26 are women,

“We identify women from families experiencing financial challenges and train them on how to grow and extract essential oils that we use in soap production. These women receive a decent monthly salary that enables them sustain their families.” 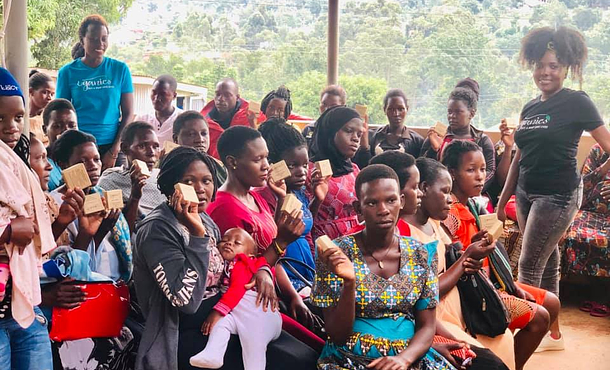 Joan Nalubega with community members at a malaria awareness campaign

As much as the social business model works for Uganics, it also presents the biggest challenge. The tourism market which is a major source of revenue for them is seasonal and during peak seasons they make a lot of sales which is not the case during the low peak seasons.

“Last year, we almost had to use our money to invest in the business so as to subsidise soap prices for the low-income communities. We are addressing this challenge by planning around the peak seasons in the tourism industry so that we have enough to carry us through the rest of the seasons,” Joan said.

They also engage different organisations for support during low peak months and work with local district officers for support as well.

“When you think of an idea, implement it, accept any failures along the way, learn from it and do not give up.”

Experience in the GrowthAfrica Accelerator

The main reason Joan joined the GrowthAfrica Accelerator was to get out of her comfort zone. She admits that when you get so attached to your business, you lose sight of some of the most important things and she was at a point where she wanted to understand the business, where they were currently, where they wanted to go and what they needed to do to get there.

“GrowthAfrica helped me understand the business, identify gaps and create actual plans to address these gaps. One gap was we did not have consistent sales and to address this, we realised we could make adjustments to the team and incorporate more interns and volunteers instead of spending so much on salaries.” Joan said.

The acceleration programme also helped them clarify their business activities and processes and this structure helped improve certain aspects of the business such as record keeping. This also helped everyone in the team better understood the business and how their role contributes to the overall goal of the organisation. 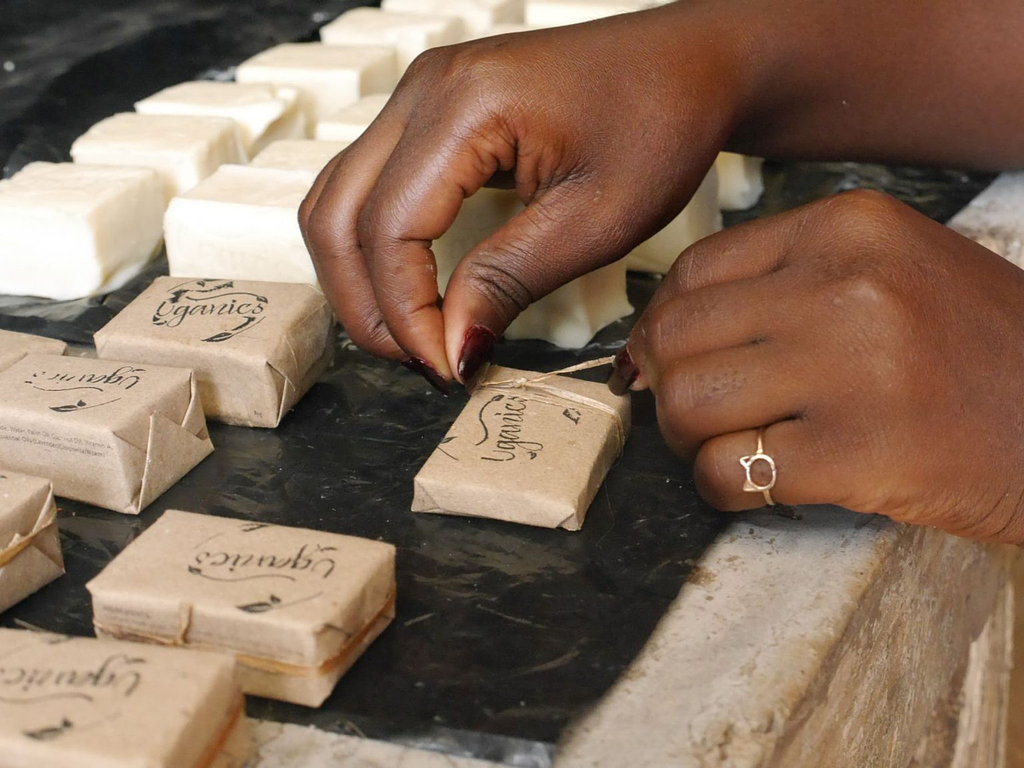 “Our main goal is to ensure every family that is at risk of malaria gets access to a preventive measure and relevant knowledge on malaria,” Joan said

Uganics also plans to get into 40% of Ugandan households. In the near future, they plan to diversify their products to lotions and candles which will all have mosquito repellant properties.

The revenue they have generated so far has enabled them start the process of creating their own factory where they will produce soaps and other mosquito repellant products. 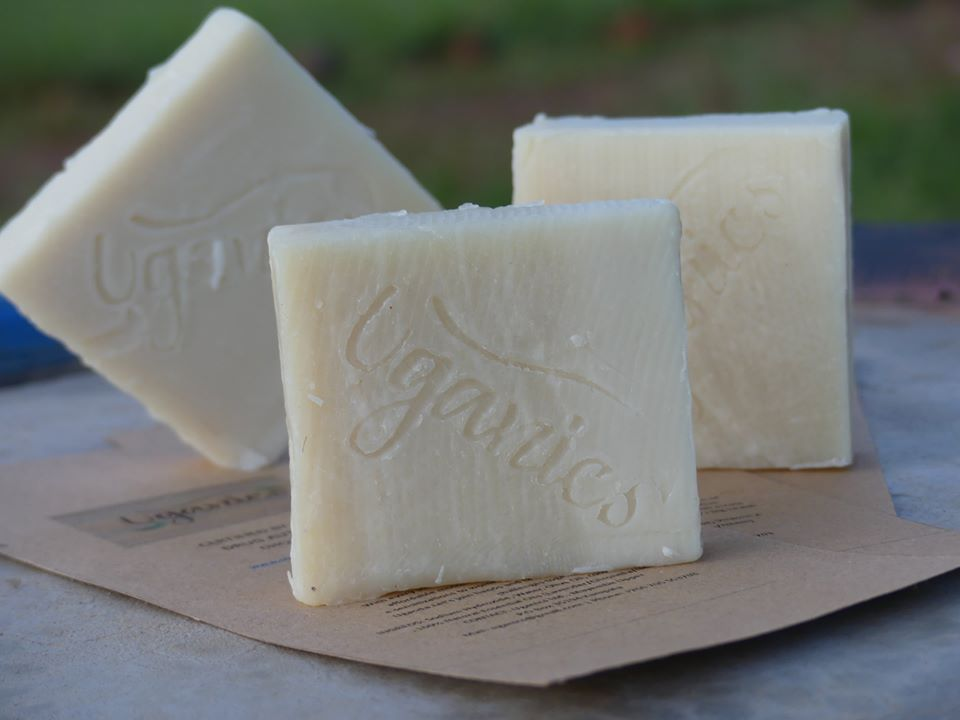 From a retirement plan idea to a thriving business : Meet Uganda’s healthy option